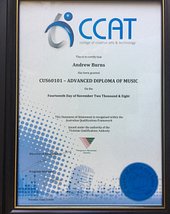 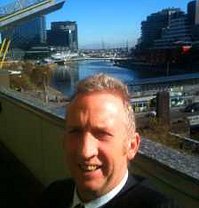 Andy has an Advanced Diploma of Music

and a Cert IV in Training and Assessment

Way back in 2003 Andy began lecturing in Music Performance, Composition, and Production at JMC Academy Melbourne.

Next it was Course Coordinator at GMEC in Geelong.

Students can go to him, or he can come to them, or students can choose online lessons from anywhere in the world...